Earlier this month, Maya Road has a call for projects using their products! They wanted stuff from customers who used their products. Since I had just completed a mini album using their sheer arrow album, I submitted and thought no more of it. Then to my amazment, I received an email from them saying I'm one of the lucky 15 selected, for my project to be displayed at CHA!!! OMG!!! I couldn't believe! Anyway, my album is now on it's way to the US. The reward for being selected is $75 worth of Maya Road products (and more to cover postage cost). Sheesh! I luv their products as it's so versatile! Anyway the announcement is on their blog too! Oh and the album can be seen in my blog (if you scroll further down... it's the one with the arrow!) TTFN!

As Zac's birthday is approaching, he wanted a party so we were wondering what sort of party to give him. Hubby didn't want to hold it at the Wacky Warehouse. I wasn't keen either as we had gone to one recently and it was so impersonal. Apart from the birthday boy being together with his guests during meals, no attempt was made to integrate the guests with the birthday boy. Hence, how different is it if we had simply just gone to WW to have a play as opposed to going there for a birthday party??? Then I heard about Build a Bear Workshop (previously The Bear Factory). Checked out the website and found they did parties. So I went down to Solihull to take a look and was quite impressed. Told hubby and he asked me to book it so I did! Basically they will hold a party for the birthday kid and his guests for an hour 15 mins. Then the guests get to choose a bear at the end. Sounds pretty interesting so we'll see how it goes!
This is the year where hubby, Zac and moi's passports expire! Zac's is valid for 5 years and need to change it. He still has his baby photo on it. Mine expires on the 28 Oct. I would have no problem going back to Sin on a passport that has less than 6 mths validity! However, as I'm transitting in Dubai, that might cause a slight problem so I had to make a few calls to the Sin and Dubai Embassy to check things out! Found out as long as I've got 3 month validity, I'm ok in Dubai and thankfully I do have! Sorting out my passport now would be a nitemare as it would take a good month to get a new one as opposed to 5 days if I do it in Singapore itself! Then I have to re-apply for the darn British visa again and pay the fee again and it's not cheap! Heard it's about £500 just for that piece of sticker!!! And I can't simply extend my passport as it's reaching 10 years old. Apparently my new passport would be the biometric one too! Sigh!!! Maybe it's cheaper to be a Brit citizen instead! TTFN!

Went to the travel agent to sort out hubby's air ticket. He finally given me the dates for travel and thankfully it was still at the same price so I booked his passage to Singapore. He will reached Sin on 10th Aug and leave with us on the 31st Aug. Did I mentioned that I managed to sort out the mess the Thomson did... they had to rebook our ticket so I decided instead to stay another 2 more days and return on the 31st Aug instead of the original 29th! 2 more days of local cuisine before coming back to the land of junk/crap food! Now to count the days to July 19th........ TTFN!
Posted by ♥ Audrey ♥ at 20:47 No comments:

Just found out that I made it to the Scrapbook Sister competition finals.
Posted by ♥ Audrey ♥ at 23:57 No comments:

It's the 10th so here are some projects from BackPorch Memories using Solo kit featuring College Press Grayson Hall. OMG, those papers were a gem to work with and I think I used up almost all of them in my projects. Best of all they were double-sided too. 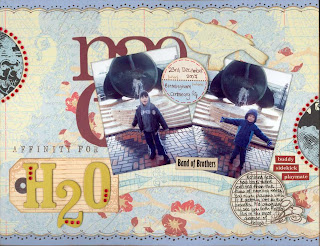 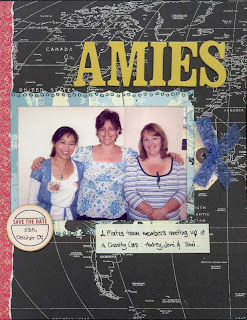 Been meaning to scrap this photo taken at the Charity Crop with member of the L Plates from UKScrappers, moi, Joni and Toni. That paper came in handy as we are all from 3 different nationalities. 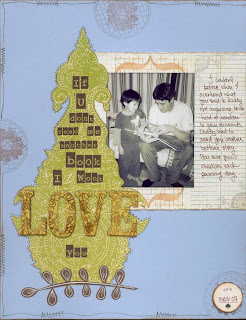 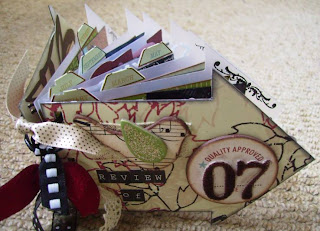 Created an album looking back at last year. I chose 1 photo that best represented that particular month. Not easy but it was how I perceived or memories I had of that month. Made use of Maya Road sheer arrow album and later binded it with my BIA tool. 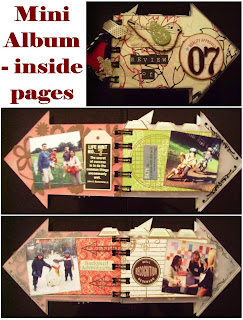 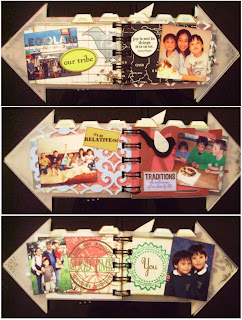 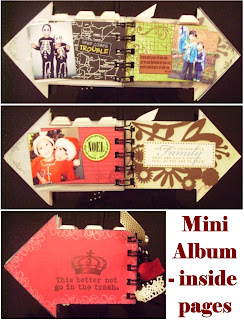 Have done a couple more project for the newsletter but will reveal later.... TTFN!
Posted by ♥ Audrey ♥ at 22:42 1 comment:

Been searching for cheap airfares to go home (funny how I still call Singapore home but hey UK can never be home to me!) during the summer hols. So one day while out doing errands, I popped into Thomson travel agent to make enquiries and almost died when I found how the cheapest airfares to Singapore via Emirate airline. Told hubby and after he did a search online and found he couldn't beat the price I was quoted, told me to go ahead and booked tickets for the boys and myself.
Well, today I did it!!! I'll be there for 6 weeks with the boys with hubby joining us later as he can only stay for 3 weeks. Anyway, while at a crop at nite, hubby called to tell me they made a mistake on the return date. Instead of booking us till the 29 Aug, it was 29 July instead, thereby cutting our hols short of a month! That was it.... I couldn't scrap after nor sleep as I now have to go back tomorrow to sort it out. Let's hope I don't get charged for their mistake! TTFN!

OMG! My Bind It All tool and accessories eventually came after 3 agonishing weeks of waiting! Couldn't believe it took so long but it was worth the wait.

Well, before using it, read through the manual, tested it out using scrap papers and simply played with it before actually using it on a DT album project. Now wished I had gotten it earlier instead of later! TTFN!
Posted by ♥ Audrey ♥ at 22:12 No comments:

Brought the boys to see the circus as it was the last day today. Thankfully we had coupons for half price tickets and it didn't cost a bomb. It was either the circus or panto but we couldn't get tickets for Aladdin so circus it was to be!!!

Unfortunately, cameras not allowed so I only managed to snap before the performance started. It was totally a human entertainment i.e. no animals involved. Pity though as I always envisaged the circus with performing animals (based on books). Oh well, I guess with all these animal rights issue, it was probably better sans animals! Still it wasn't too bad and I did fulfil my childhood aim of visiting the circus! 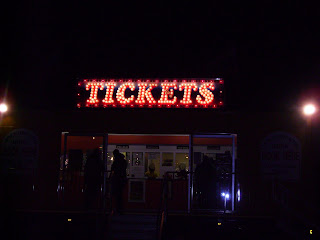 Stupidly forgot to take photos of the Big Top and the surrounding when it was daylight. By the time I remember, it was nitefall and this was what I managed to capture! Duh!!!

Headed over to SIL's place in Leicester where we had lunch there. The cousins got together and we tried our hands at Wii. It was fun! 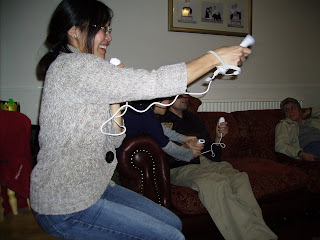 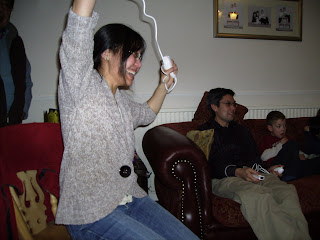